If you are trying to cut down on carbs, you may wonder if rice is off-limits. After all, it is a grain, and most grains are high in carbs. However, there are some types of rice that are lower in carbs than others. Some of them are even keto friendly.

So, check out these five low-carb rice options and two types of rice you should certainly avoid when trying to lose weight or follow a low-carb or low-calorie diet.

There are many different types of rice, each with its unique flavor and texture, but which rice has the lowest carbs? Not all rice is created equal when it comes to nutrition. Some types of rice are lower in carbs than others.

Here are some of the best rice variants if you are trying to cut down on carbs:

Out of all the available rice varieties, black rice is—by far—the best option for people trying to limit their carb intake as it has the lowest total carbs per cup. However, it would still be challenging to fit it into a Keto diet without being kicked out of ketosis. 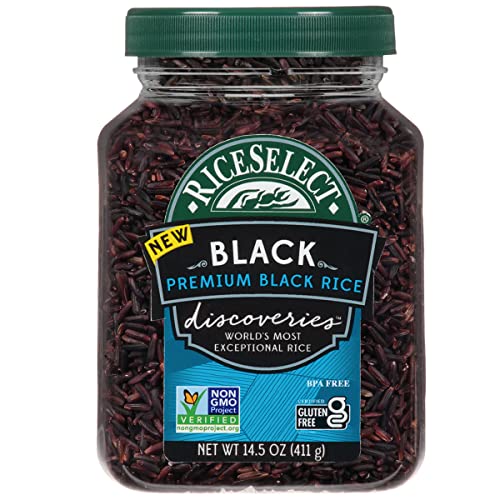 Originating in China, it is also known as forbidden rice or purple rice because it has a deep purple color that looks almost black when raw.

It is quite expensive thanks to its difficult harvest, but its distinctive nutty flavor and high nutritional profile make it worth it since it is demonstrably anti-inflammatory and a rich source of flavonoids, antioxidants, and minerals [1].

Another valuable quality of black rice is that it is a rich source of fiber—at least compared to other rice variants—and it also boasts an impressive amount of protein for rice.

Read Also: How to Cook Black Rice – The Best Method And Useful Tips.

Not to be a pompous know-it-all, but technically wild rice is not an actual rice variant. It is instead the grain produced by four different grass plants and bears some resemblance with actual rice.

Wild rice is rich in vitamins and a valuable source of fiber. Likewise, it has a lower carb content per cup than regular white rice which makes it an excellent option for those who try to eat fewer carbs. However, its appeal as an option lies beyond that [2]. 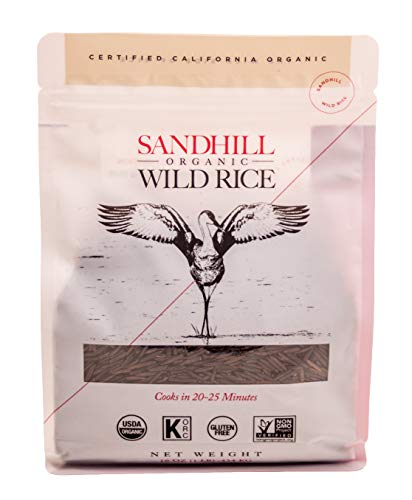 Since wild rice can expand about three to four times after being cooked, half a cup of raw rice can be far more fulfilling than any other variant. Subsequently, you can get away with eating much less and reduce your overall carb consumption [3].

Wild rice, although it is low in carbs, is not keto friendly.

Although it is not precisely an actual grain, sweet potato rice certainly stands as different enough from the rest. 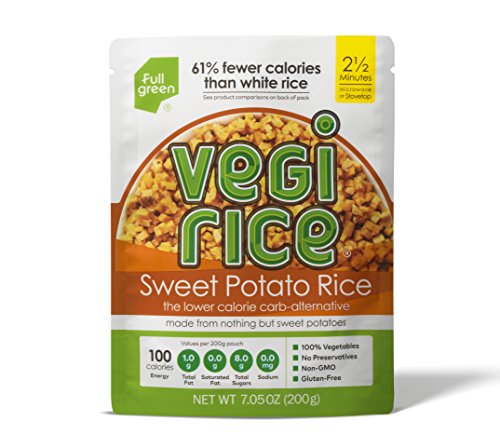 Sweet potato rice is a delicious and lower-carb alternative to traditional white rice. It is steamed and ready to eat and has a beautiful orange color and a slightly sweet flavor.

Riced sweet potato is a great option to replace regular white rice as it pairs well with both savory and sweet dishes.

Also known as miracle rice or konjac rice, it is made with glucomannan, a fiber derived from the root of the konjac plant. Noodles made with this ingredient are overwhelmingly common in Japan and other Southeast, and now rice has grown in popularity as well. 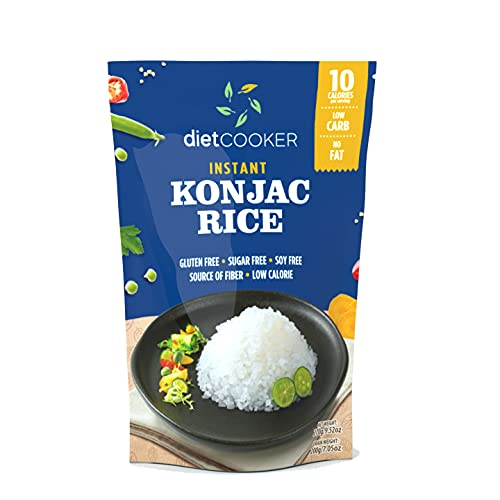 Naturally, this is not an actual grain either—it is a substitute, which explains its extremely low carb content compared to real rice varieties. It is chewier and denser than white rice, but it has a neutral taste that can adapt to any meal [5].

The carbs in shirataki rice are exclusively viscous fiber, and it has no sugar, starch, or fat. Naturally, this makes it excellent for the keto diet or for anyone trying to lose weight.

Much like shirataki rice, riced cauliflower and broccoli rice are rice substitutes made with the aforementioned cruciferous vegetables. By grating them to a similar thickness, you can get a dish that looks and feels just like regular white rice but, in my opinion, even better. 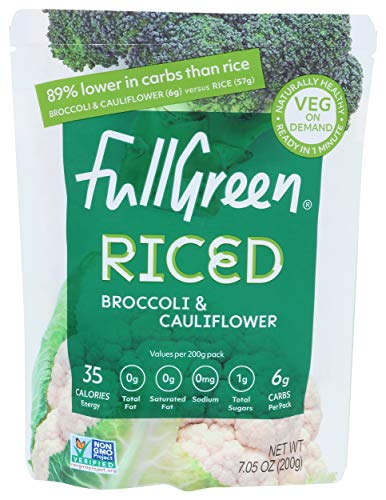 Half a cup of cooked cauliflower or broccoli rice usually boasts of just 12.5 calories and 1.5 carb grams. Likewise, it is quite water-dense, reducing hunger and making you feel full for much longer, thus making you eat less [6].

However, do not expect a neutral flavor. It is rather delicate and matches well with different spices, sauces, and meals, but it has a distinctive cauliflower and broccoli taste which I do like but some of you may not.

But don’t worry; in the video below, I will show you how to cook riced cauliflower so it will taste almost identical to a real thing.

Which Rice Should You Avoid?

When you trying to lose weight or follow a low-carb diet, you have to be careful about the kinds of grains you eat. Some rice is very high in carbohydrates and can sabotage your diet.

Here are some of the worst kinds of rice to avoid when you’re trying to stick to a low-carb diet.

It may or may not come as a surprise to you, but the ever-popular white rice is not the best option for weight loss or a low-carb diet. It is widely available and tastes nice, but you will be better off with any of the alternatives that I listed above.

White rice tends to be highly processed, and it lacks the bran and germ, which makes it last longer but also drastically reduces its nutritional value. Some versions are fortified with additional nutrients to compensate for this loss, but that does not make up for the high carb content [2].

Likewise, it is worth noting that the carbohydrates in white rice come nearly exclusively from starches, and it lacks any sort of valuable fiber content. As a result, these carbs are less than ideal for most diets.

Arborio rice is perhaps the worst rice variant for anyone trying to cut down on their carb intake. It has nearly three times as many carbohydrates as white rice.

For that unaware, arborio it is a form of rice typically used for risotto since it provides that distinctive creamy texture. That happens because arborio rice is high in starch, with 90% of its calories coming from starchy carbs [7].

It is worth mentioning that arborio rice does have some valuable fiber content in comparison to the plain white version, but it is simply not worth it when you’re trying to lose weight.

However, cutting off arborio rice does not mean you have to say goodbye to risotto. The good news is that the cauliflower, broccoli, and shirataki rice I mentioned above can quite successfully substitute for it if you want a keto-friendly, low-carb take on the traditional Italian dish.

If you’re looking to lower the amount of carbs you eat but are not entirely willing to give up rice just yet, then you should focus on eating the five types of rice and rice substitutes that I mentioned above.

All of these options have a lower carb content than traditional white rice, so they can help you achieve your nutritional goals.