If you’re looking for a low-cost, healthy protein source, both sardines and tuna are on top of the list. Both fish are rich in nutrients and offer a variety of nutritional benefits. However, there are some important differences to consider.

Here’s a closer look at sardines vs tuna to help you decide which fish has the edge.

Contents show
Price And Availability
Texture And Taste
Do Sardines Have More Omega-3 Than Tuna?
Sardines vs Tuna, Which Has More Protein And Fat?
Tuna vs Sardines Calories
Which Has More Mercury Tuna or Sardines?
Environmental Impact Of Each Fish
So, Which Fish Should You Be Eating?
References:

When it comes to purchasing canned tuna or sardine from the supermarket, the price stands roughly at the same level.

Both species are widely available, and there are a large variety of brands you can choose from. Subsequently, it won’t be hard to find one to your liking.

However, keep in mind that price-wise, sardines only stand on equal footing with the cheaper varieties of canned tuna available, such as Skipjack tuna and Yellowfin tuna. Others, like Albacore, are slightly more expensive, and Bluefin tuna, which is considered a King of tuna, one single can could cost $20 and upwards. 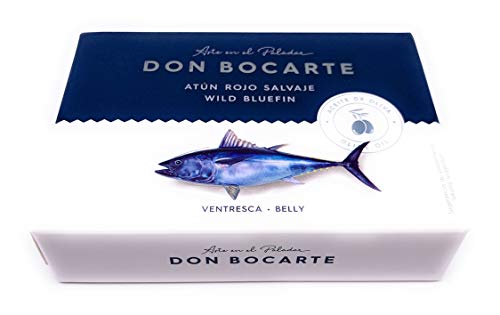 As Bluefin tuna is rare species, very devious, and expensive, it is not used for canning that much and is rather found in the form of sashimi or served in high-end restaurants.

Also, when purchasing fresh sardines or tuna, the price difference is more noticeable, and sardines will always be more affordable, even in comparison to cheaper tuna like Skipjack tuna and Yellowfin.

When it comes to texture and taste, preparation matters. Canned tuna and sardines come in multiple sauces and oils, such as water, brine, olive oil, sunflower oil, tomato sauce, and many more varieties.

For comparison’s sake, I’ll focus mainly on the canned-in-water options.

Also, depending on the brand of canned sardines you buy, some of them are canned with heads, bones, skin, fins, tails, and even guts. Although perfectly edible and incredibly nutritious, some people may not like the idea of eating these extra parts of the fish. 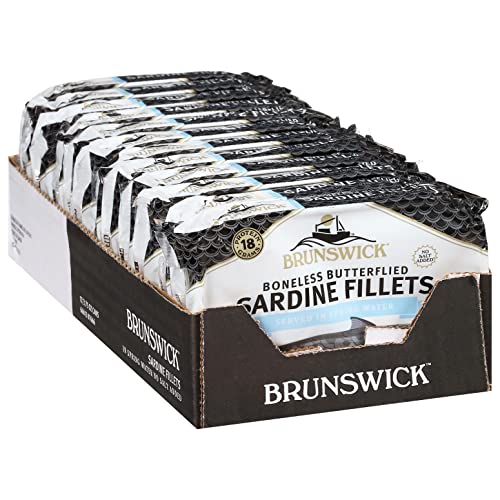 And lastly, what gives canned sardines an edge is that they are often smoked or cooked in the cannery, either by steam-cooking or frying, giving them a delicious, slightly smoky taste.

By comparison, canned tuna stakes have a flaky, less oily, rather dry texture, with a milder, less fishy state than sardines. However, Skipjack is considered to have the strongest, fishiest taste out of all the other species of tuna.

Canned tuna also lacks the smoky flavor that some canned sardines have. It is because it is not fired or smoked but just cooked in steamer baskets/cookers before canning.

The video below will show the typical tuna canning process from start to finish.

Also, not all the tuna is canned as a one-piece tuna stake, and some of it is canned as “tuna flakes.” Flakes are the smaller pieces of tuna meat that are left over after the larger, solid chunks of tuna have been canned.

These flakes are typically pink in color and are often quite soggy, soft, and watery. While they may not be as visually appealing as the larger chunks of tuna, once the liquid is drained, they can still be used in a variety of recipes.

In addition, unlike canned sardines, canned tuna doesn’t contain any other parts of the fish but lean tuna steak. It sometimes may have small bones or pieces of skin left in it, although manufacturers make every effort to remove them. If you do find some bones, they are usually small and pose no safety hazard.

But all that said, the taste of food is simply subjective. It is determined by the individual’s own personal preferences. Some people may prefer sardines flavors, while others may prefer tuna. Although it is a matter of preference, sardines are more palatable to eat on their own, while tuna is more versatile for adding to various recipes.

Do Sardines Have More Omega-3 Than Tuna?

While sardines and tuna are both highly nutritious, sardines comes out ahead due to their healthy omega-3 fats content and vitamin E. However, tuna can claim a narrow victory when it comes to more protein and fewer calories per serving.

So, let’s examine the nutritional profile of each fish bit closer.

Nutritionally, both canned fish have quite similar properties, which makes them quite a rater comparable to one another.

Doing the math gives a clear winner—one serving of sardines has a total of 0.97 g of Omega-3 fatty acids, while the same portion of canned tuna only provides 0.12 g.

But this is not the only victory for the humble sardine, as they also have higher levels of Vitamin E. One serving (3.5 oz) of sardines contains 2.04 mg of vitamin E, while an equal amount of canned tuna contains 0.87 mg—half of what sardines provide [1], [2].

This considerable difference in calcium content happens due to the canning process. Sardines are often canned together with bones that are soft and easier to chew, naturally giving sardines a higher amount of calcium. In contrast, tuna is carefully deboned before canning.

However, it is not all loss for canned tuna. Most species used for canning are rich in vitamin K, containing 74.8 micrograms compared to sardine’s 4.4 micrograms levels. Likewise, it also has slightly more vitamin B1, B2, B3, and B6 than sardines, although the difference is not by a large margin [1], [2].

Sardines vs Tuna, Which Has More Protein And Fat?

Regarding protein, both tuna and sardines are good sources, although the balance tips ever-so-slightly in tuna’s favor. On average, a 100 g (3.5 oz) portion of canned sardines contains 24 g of protein, while a similarly-sized can of tuna has 26 g.

However, sardines tend to have a higher fat content. Per the aforementioned 3.5 oz (100 g) serving, canned sardines in water have, on average, 5-11 g of fat, while canned tuna in water sits at a much lower level of an average of 0.5- 2g of fat. Naturally, these numbers will be higher if your select fish is canned in oil.

Because of the higher fat content, sardines also have a higher caloric profile, although not by much.

With both portions sitting at 100 g (3.5 oz), sardines have, on average, 180 calories, while tuna provides merely 110 calories. If you wish to lower your caloric intake, always opt for tuna canned in water or brine [3],[4].

Keep in that many of these calculations are prone to slight fluctuations according to specific fish used and type of preparation.

Which Has More Mercury Tuna or Sardines?

Sardines will always have lower levels of mercury than tuna and most other fish, as they are renowned for being one of the safest available options.

The reason small fish like sardines have less mercury is that they are at the bottom of the food chain. They don’t eat other fish that contain mercury, so they don’t accumulate it in their bodies that much. Sardines also have a shorter lifespan compared to tuna and thus accumulate less mercury over time [5].

Naturally, tunas are bigger species with longer life spans and tend to accumulate far more mercury than the smaller sardines.

However, if mercury is a concern for you but you don’t want to give up on eating tuna altogether, opt for the Skipjack or canned light varieties. These types of tuna do not contain as much mercury as other types of tuna, like Albacore, Yellowfin, or Bigeye.

Read Also: Can You Eat Sardines Every Day? — Yes, But…

Environmental Impact Of Each Fish

The best way to source sustainable seafood is to aim for fish that sit lower in the food chain, as they are far more abundant and reproduce easily and faster. In this manner, fishing efforts won’t considerably dent the wild population [6].

Although Skipjack tuna is considered a safe species to catch and eat, Sardina pilchardus are preferable from every angle since they are pretty abundant and, most of the time, caught wild.

Other tuna species are considered less environmental-friendly, and you can also increase your mercury accumulation.

Likewise, most estimations calculate that canned sardine consumption will only continue to grow in years to come as people become aware of the sustainable fish farming practices surrounding the species. In the quest for environmentally friendly and more sustainable fish, sardines certainly stand out.

So, Which Fish Should You Be Eating?

According to the food statistics and data sources, the market growth for canned sardines will be 6.1.% in the upcoming years due to its environmental friendliness and the advantages I have covered above.

According to a Future Market Insights analyst, “rising demand for seafood with negligible mercury content and high omega-3 and vitamin E is expected to drive the canned sardines market.” Naturally, this means that sardine continues to grow as the ideal canned fish option from most angles.

I must highlight that this does not mean you must eliminate canned tuna from your meals; it is a versatile fish whit lot of lean protein and plenty of health benefits and nutritional value.

The FDA states that it is perfectly fine to eat 3-4 ounces of Albacore tuna per week and up to 12 ounces of Skipjack tuna per week. But they do recommend that these amounts be lower for children and pregnant women.

When it comes to sardines, the official recommendation, although overly cautious, is around 12 ounces a week for adults and about 6 ounces for children.

You can certainly eat the recommended amounts of both fish as part of a healthy diet, but since sardines are very low in mercury and high in omega-3, making them your primary source of seafood is a good idea.

Overall, it is worth considering the humble sardine as an excellent option and giving it its due recognition as a nutritious, sustainable, and affordable option for people with various diets, fitness, and weight loss goals and families of all incomes.

Related Article: Can You Eat The Bones In Canned Salmon? Yes, But Should You?